By Duke Paul of Bellatrix

This article provides tips and guidance for smaller fighters of any gender, with the goal of making fighting easier and more enjoyable by suggesting improvements in technique and strategy.

The article does not contain complete descriptions of techniques.  It suggests changes in technique that will help the user swing harder and faster.  It will also provide useful bits of advice concerning tactics and equipment.

It is imperative that fighters, especially those smaller in stature, fight with a semi-open, medium-width stance to allow enough travel for hip rotation and the ability to move laterally.  A stance that is completely closed will allow for hip rotation, but not enough for the fighter to turn their hips fully toward their opponent.  A stance that is too wide will almost completely prohibit hip rotation.  The proper placement of the feet for this stance is shown in the illustration to the right.

In the basic stance, the hips and shoulders be rotated slightly clockwise to keep the shield in front and to bring the sword arm back into a cocked position.  This also allows for more hip movement you can use to gain power.  It also exposes the back of the shield leg during some blocks, so the armor should extend well around the hamstring. 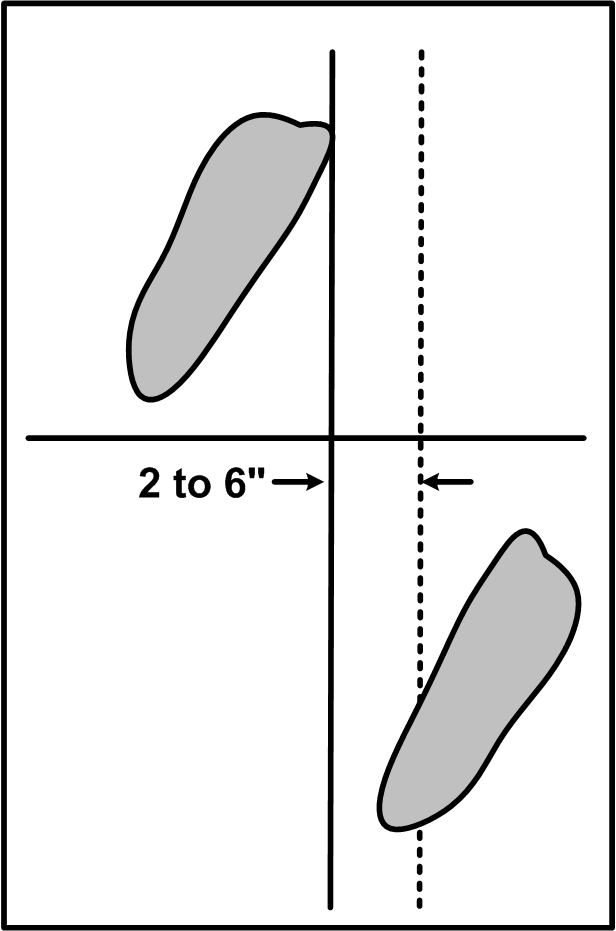 My style of handle is an isosceles triangle, with long sides flat, and the short side and the point curved.  If you have small hands, I’d suggest you curve the long sides as well.  You might also want the lower (front) point to be more rounded. 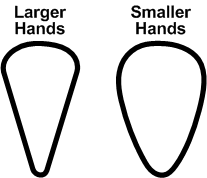 When throwing a Snap, keep these things in mind:

When retrieving the sword after a blow:

Detail of the techniques and tactics can be found in my book: